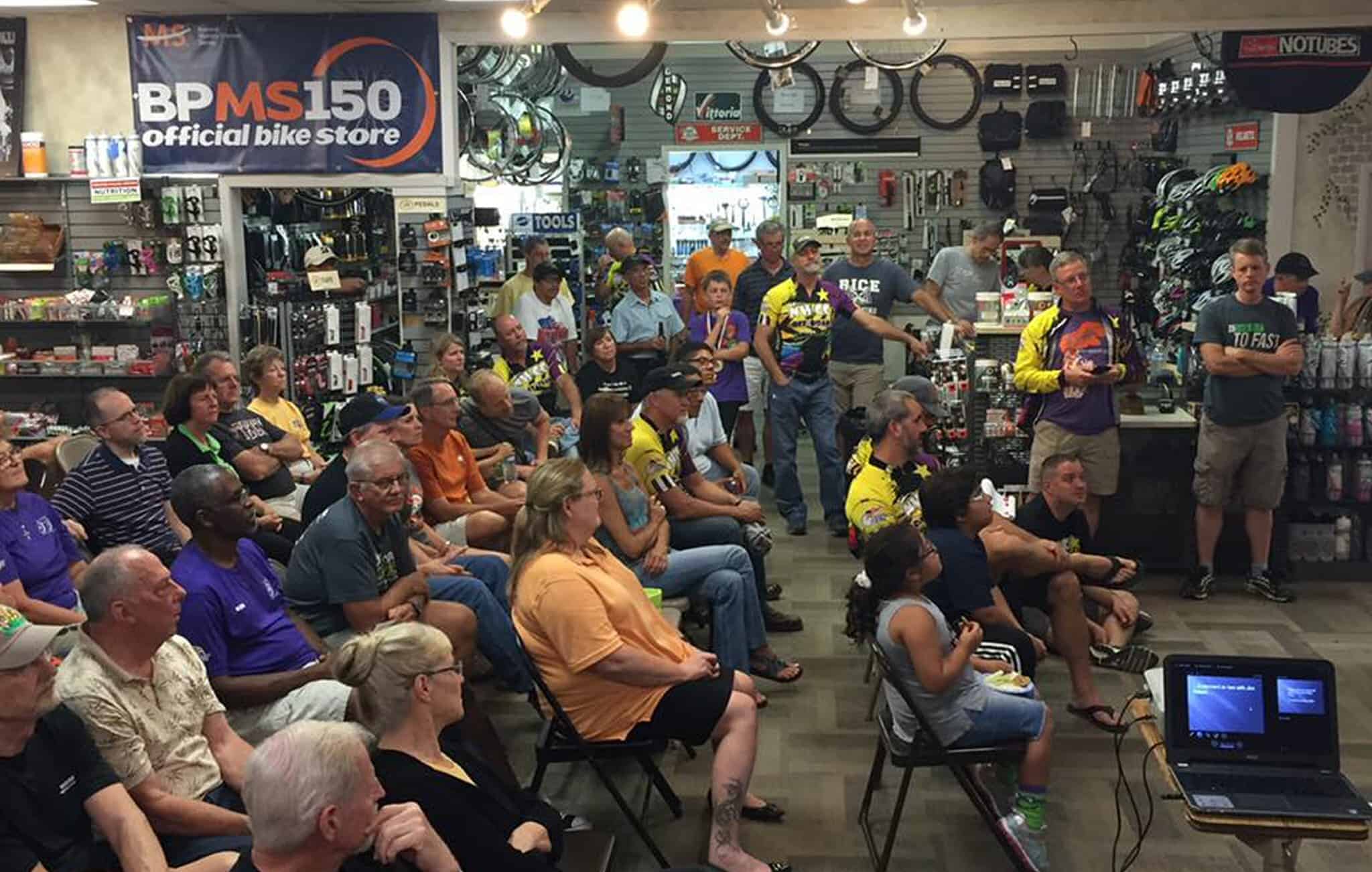 We started the evening by thanking ride leaders, especially Samuel Wu, who in his years as no-drop leader mentored scores of cyclists, including many of the current board members.

Regarding safety from reckless and vindicative driving in Waller County, the board will be participating in a summit called by the county judge. In the meanwhile, we encourage members to obey all traffic laws and be friendly to others on the road.

Quiz winners were Alan Stuckert and James Monroig, who were able to pick prizes up at NWCC Cyclery.

For details on all the rides sponsored by NWCC, please see the events tab at https://nwcc.bike/

See you on the road or trail!